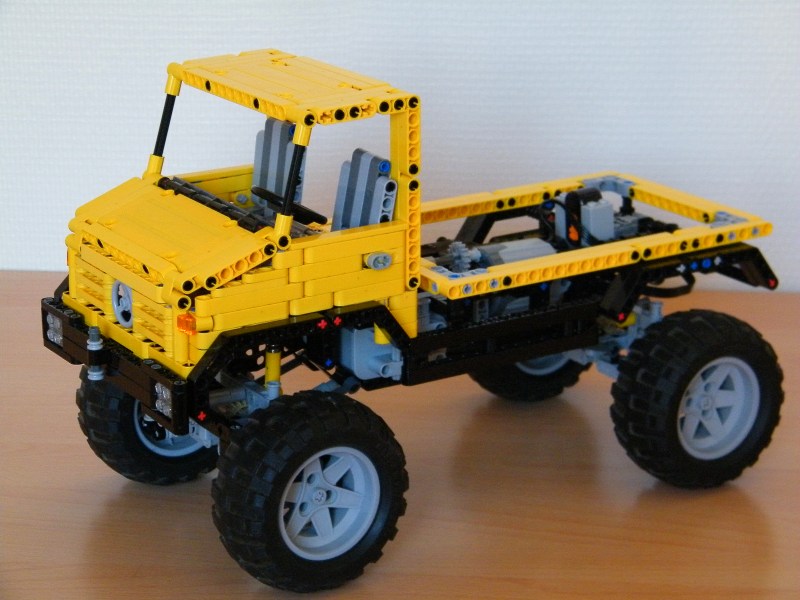 The first Unimog I designed was in the 2008 and had good climbing abilities for his technology (no frame, no portal live axle and no panels). Today, my new unimog is far better and many things were improved. 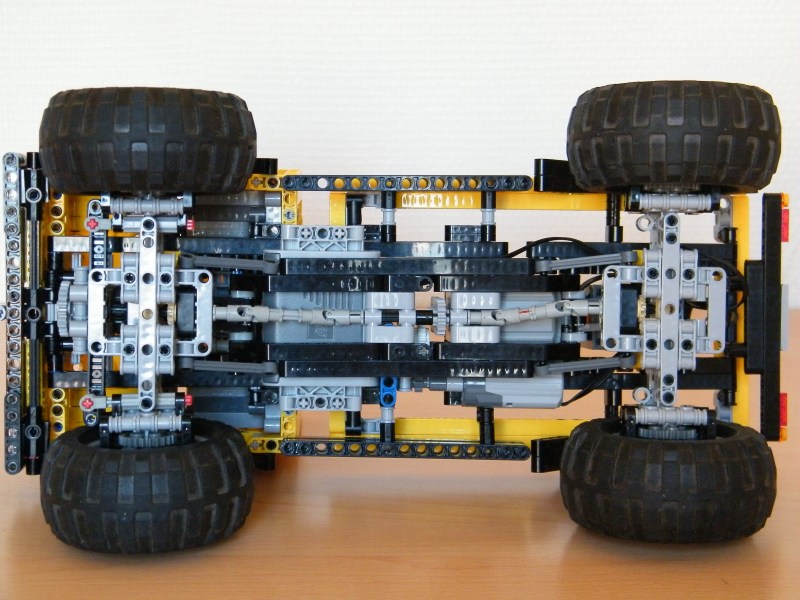 Concerning the design, the cab is also new. It fits with the new scale and global design of U5000 series. The doors can be opened and the bonnet too. The fake engine is a 4-cylinder engine lengthways mounted (the first unimog had a crosswise engine, which was a mistake). 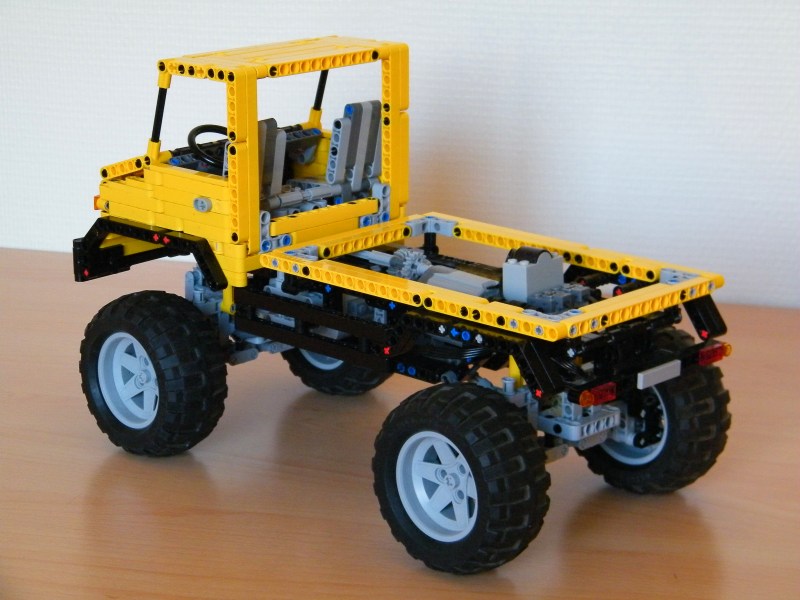 Regarding the climbing abilities : they are better than the jeep. Because of the lack of the differentials but the turning radius is bigger as wel. Here is a small board to compare Lego version angle and real unimog.

I have created the building instructions. You can watch them by browsing my webiste or

Want to check before if you can build the Unimog V4 ? The Unimog V4 has been indexed to Rebrickable.com, the website which matchs your parts with mocs !