An other GBC module using the Cardan Lift Mecanism. 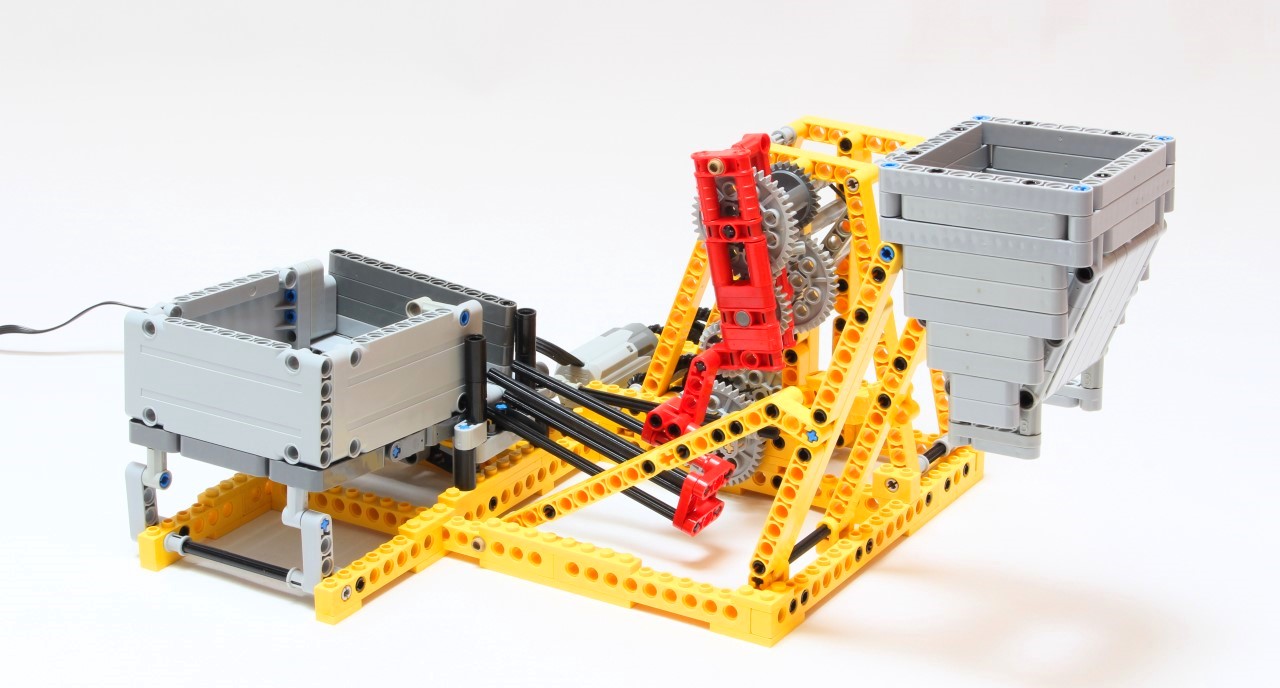 The third module  I have created for the Diemoz 2015 Hexbition in France. It features a cardan lift principle which helps to lift the balls. This module was mainly inspired by Torbjörn Söderstedt work. 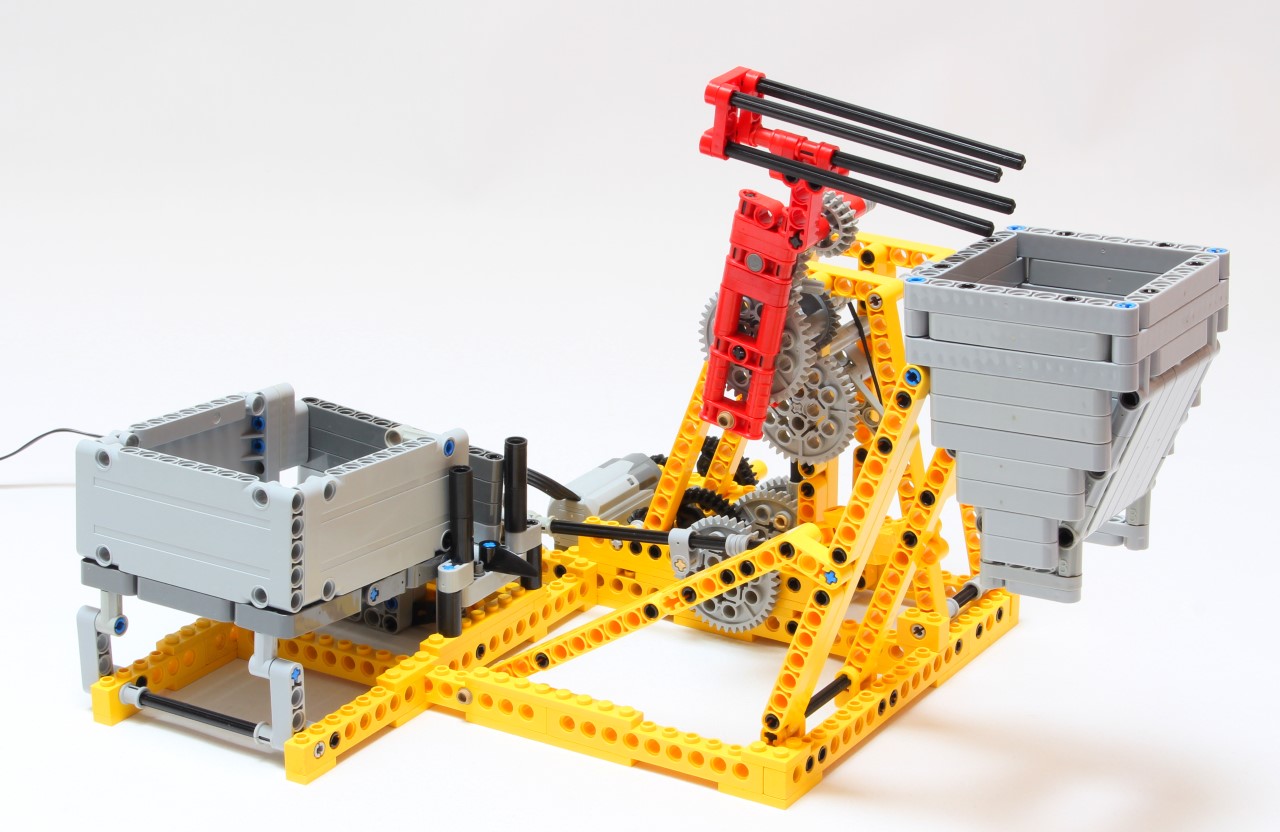 The machine is divided with three main elements. The first is the motorized module which operates all the element, with the rotating 40 tooth gear. The motor drives two 12/36t gear which drives the main shaft. this shaft is equipped with a handle and sliding mechanism to operate the main lift arm in red. This shaft drives also the input tray flow control which raises 6 balls in the input tray when the lift arm comes. it uses also a handle with sliding mechanism to operate it.

The second element is the cardan lift mechanism, it is composed of two arms. A main arm which is rotated by the first sliding mechanism. And an other arm which is attached to the chassis with a multiplication (40/20) using a differential to by-pass the axle. Therefore, when the main arm is rotate by 180°. The second arm makes 360° in counter rotation to not make fall the ball and unload the ball in the output tray. A rubber band helps to prevent backlash in the functioning when the arms goes down. 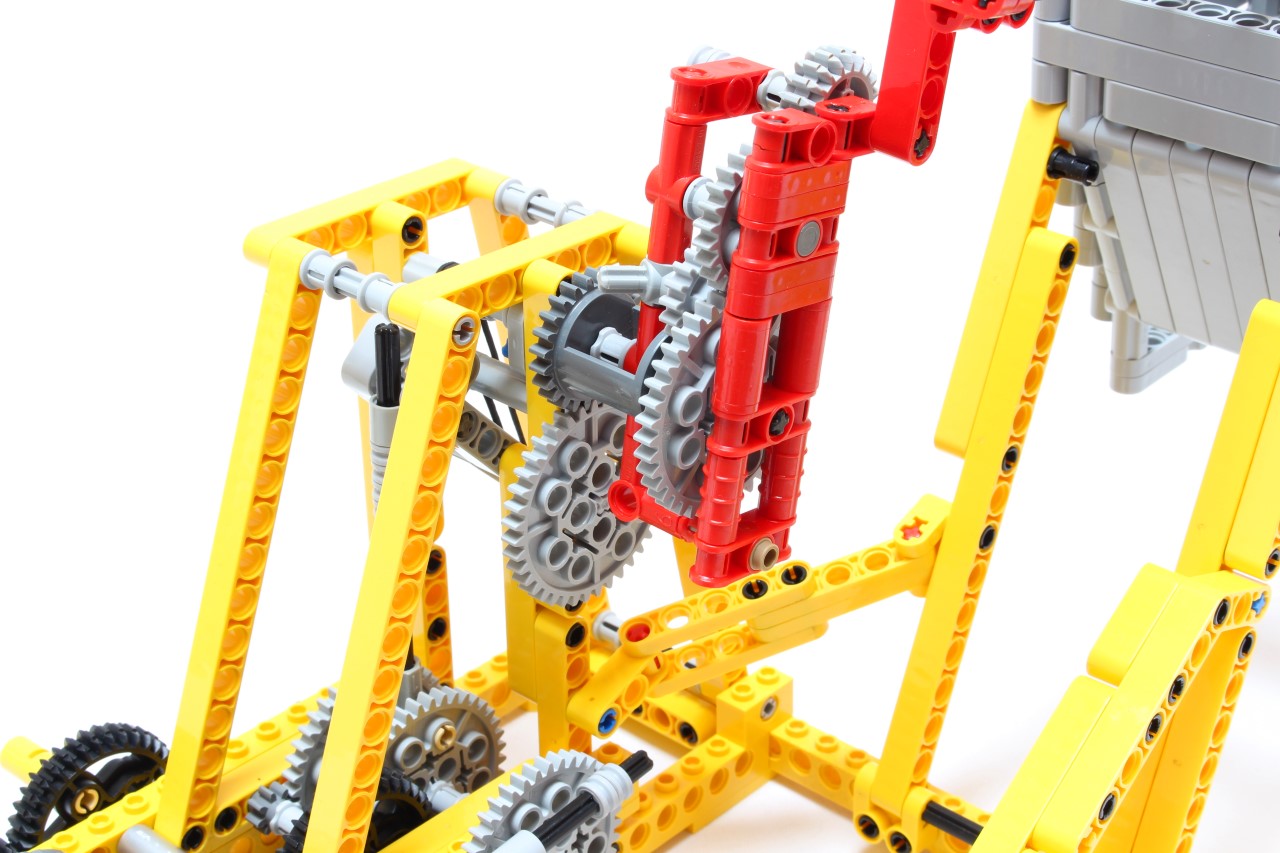 The last element is the input tray. Which is basically a simple tray but with a moving step at the end. Which enables to block the balls when there are more than 6 balls on it, and lift to passes a point when the cardan lift arm comes to take the balls. Then, the moving step goes down and 6 other balls are loaded. 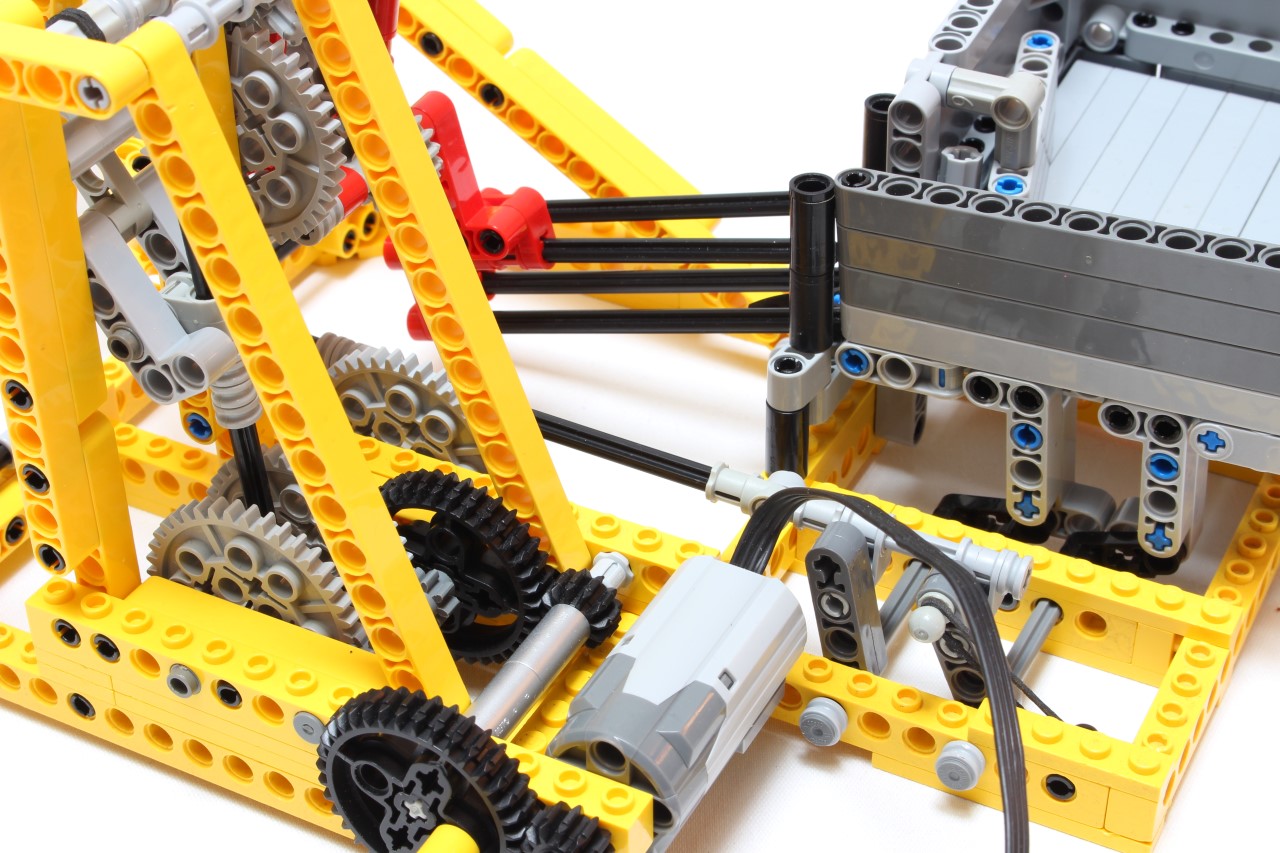 But video is better than thousand word ! See it :

The module is quite reliable and very impressive to see in action, cardan lift mechanism is very nice to see.

Thanks to Lourenco Miguel, here is the GBC CARDAN.ZIP in cad file (LXF + LDR) and the rebrickable bill of material here