With my previous trial truck, I wanted to create something different using different layouts for a prototype of crawler. The result of my work around it is this crawler called wheeled snake because of his principle of suspensions and steering which looks like a snake. In deed each axle is linked by the other using a 3 DOF ball join which enables to have lot of mobility.

The first idea I had was to use the principle of transmission on a bobcat which is called : differential steering : a motor by side therefore two motors. In order to build the 3 DOF join, I was not able to use the ball-join in the unimog because only one axle can pass through. That is why I have built a 3 DOF join using other parts. And in order to have the transmission and the suspension movements, I used CV-join which can slide on their axle. The first result is shown under : 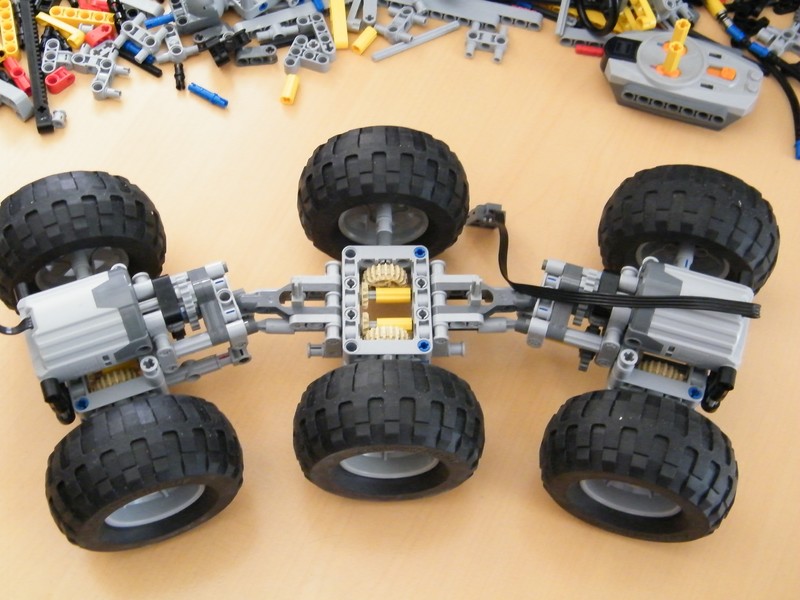 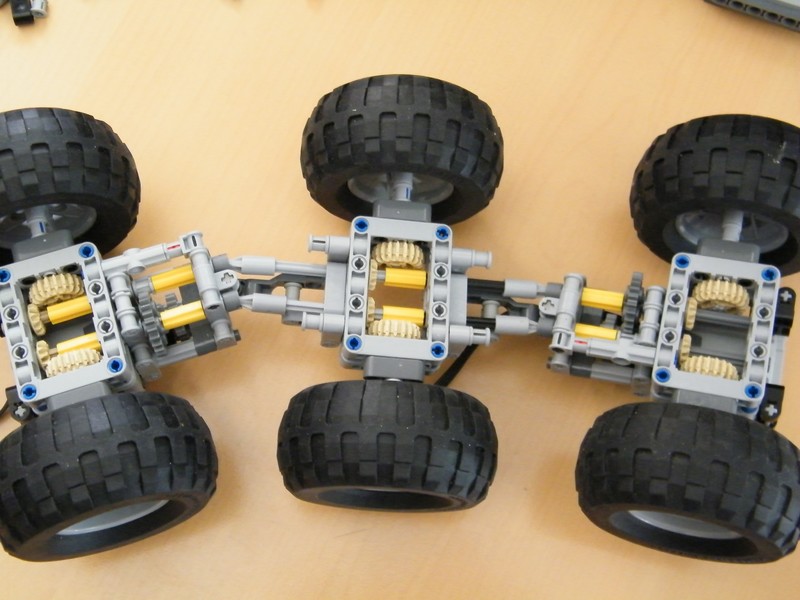 But.. It didn’t work well. The principle of drive-train worked but the steering didn’t work well. Because the Lego remote is binary the differential steering didn’t work and the drive-train was under stress. Even with the proportional remote, it was not really handy. To finish, the CV-join can slide on their axle so it is really good for the suspension system but when the torque becomes to high, they break away. That is why, I have chosen to remove the principle of differential transmission and have replaced by a propulsion drive-train with one axle and a separated steering. The final result is shown under : 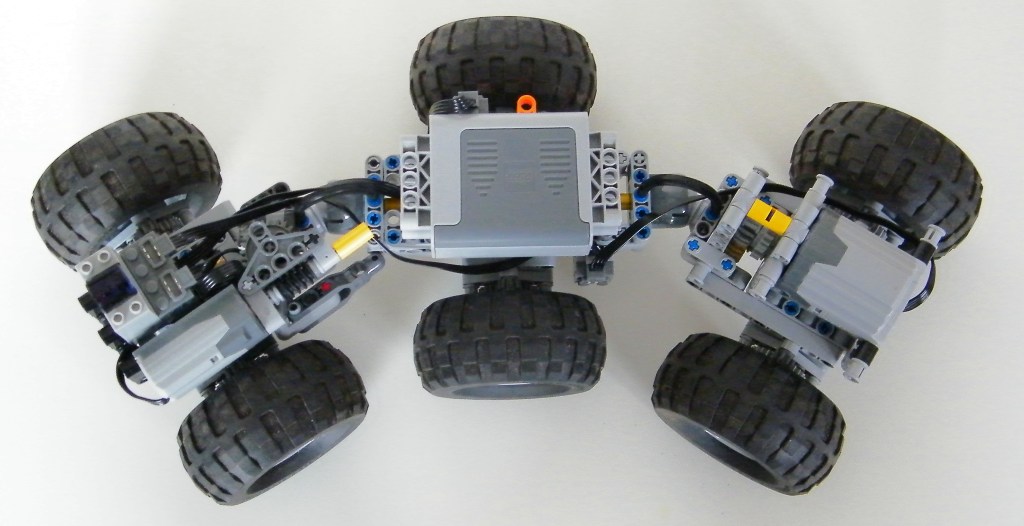 The 3 axles with differentials are driven by a XL motor with reductions : 12/20, 16/16, 20/28 and 8/24. The axles are equipped with portal axles which allow to gain more ground clearance. The steering is operated by a M motor with worm screw on a 24tooth gear and lever and arm. The steering operates only the first and second axle, the last follows like a trailer. The suspensions are made with the 3 DOF ball-joins of the unimog which enable to pass through the drive-train axle and to be robust. Concerning the suspension system, I wanted to have a free steering rotation but constrained rotation for the other DOF (swaying and pitching). After testing some solutions with springs and rubber bands, I have found the ultimate solution : simple and yet so flexible : the flex axle. It enables to constrain the suspension DOFs but let the steering free. 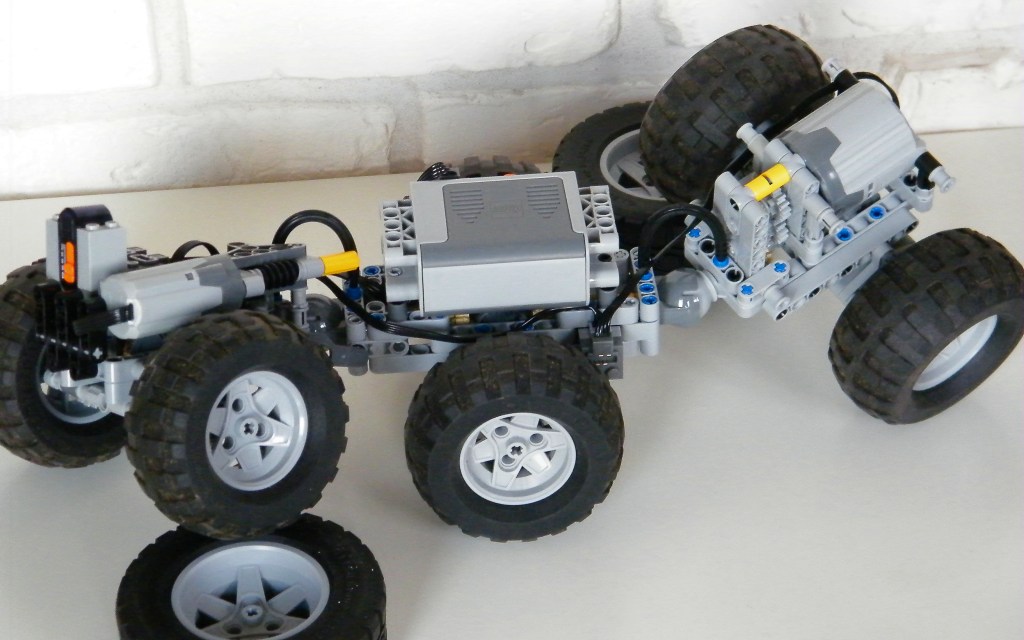 Concerning the climbing and off-road abilities, it is quite different from a standard trial truck but the multi-DOF articulated joins are very efficient on the ground. It enables to have the most wheels on the ground as possible. It gives also an other advantage : thanks to the high contact of the wheels, the three differentials don’t disturb the motivity, and enables a small turning radius. To finish, the low center of gravity compares to a normal truck permits a high stability on slope and banking slope. The inconvenient ? The crawler doesn’t work well in backward direction because of the system of steering (the last axle is a trailer).